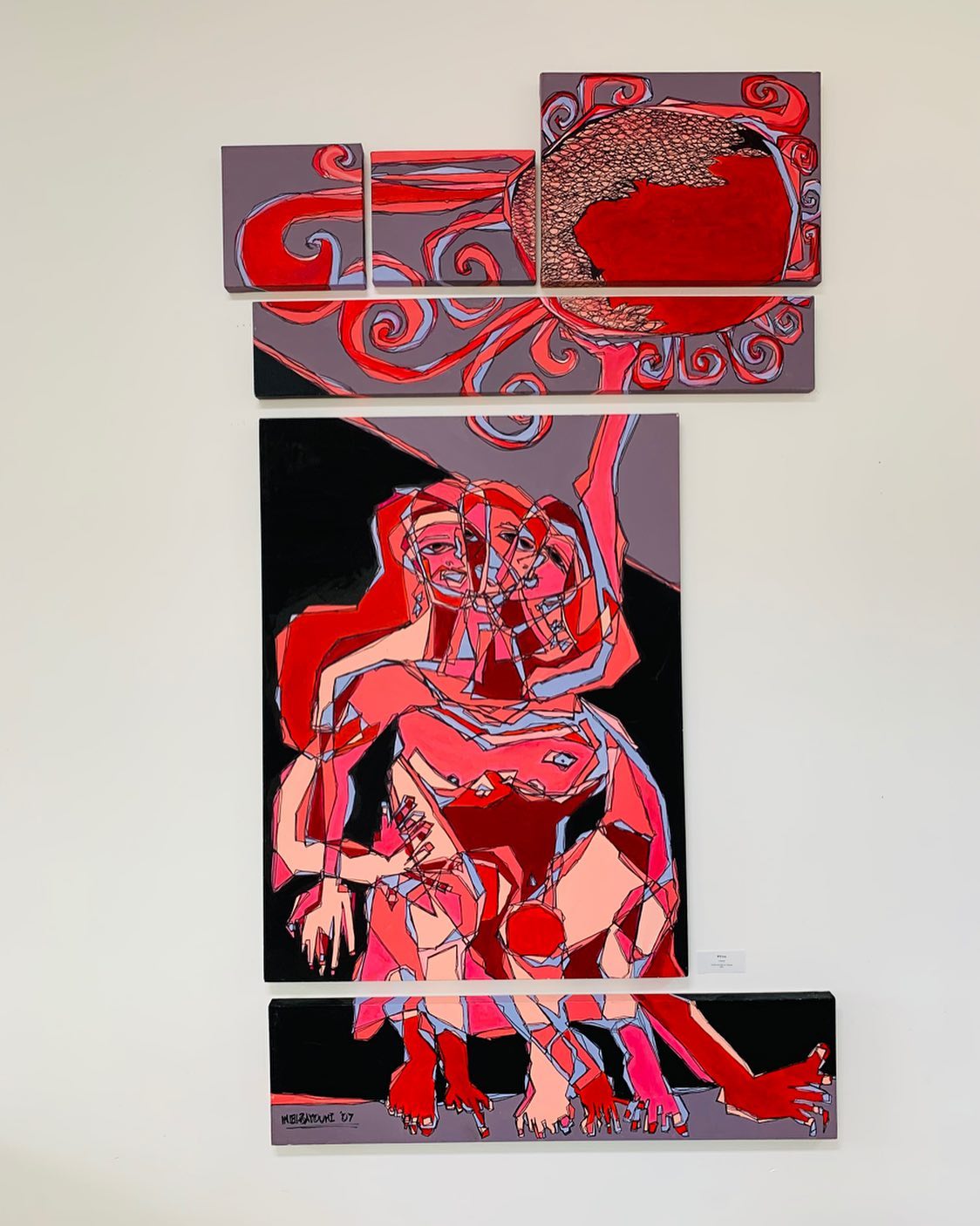 Mona El-Bayoumi is one of the most well-recognized Egyptian-American artists in the United States. Her work has been featured in galleries and institutions both in the United States as well as internationally, notably in Cairo, Paris and Johannesburg. She has exhibited in the Washington, D.C. area at the Jerusalem Fund Gallery, the Parish Gallery, the Touchstone Gallery, the Spectrum Gallery, the Brazilian Cultural Institute and Busboys and Poets among others. She has been invited on numerous occasions to university campuses including Georgetown University, American University, Princeton University and the University of Michigan to exhibit her work. Mona El-Bayoumi and her work have appeared in books, newspapers, blogs and television stations internationally. Her work has elicited extensive interest worldwide due to her artistic reflections on pertinent world events.

Mona El-Bayoumi was born in Alexandria, Egypt in the early sixties and from the age of five she grew up in the politically active university community of East Lansing, Michigan. The designs and themes discovered during her travels throughout the Arab World at a young age made a strong imprint on Mona’s artistic vocabulary and the vibrant colors expressed in American artistic culture of the 60’s and 70’s colored her bright palette. This dual Egyptian-American identity and international exposure can be seen reflected in Mona El-Bayoumi’s artistic style throughout her career. Mona’s love for art led her to obtain a formal Bachelor of Fine Arts degree with an emphasis in Drawing and Painting from Michigan State University and she thereafter pursued post-graduate studies in Art Education. She later obtained a Masters Certificate in Museum Studies at Georgetown University in Washington, D.C. and has taken time to volunteer as a docent at the National Museum of Women in the Arts. She has also worked in the past for the Arts for the Aging (AFTA) program where she facilitated art activities for senior citizens in the D.C. Metropolitan area and as a Visiting Artist in Residence at Aidan Montessori School where she worked with young children.

Mona El-Bayoumi’s art has embodied many themes including Ancient Egyptian figures and Arab Landscapes, to Apples and Fish, to her political commentary on American political actions. In 2005, she photographed various workers in Washington, D.C., then complemented her photographs with her abstract paintings. She then brought those photos to exhibit in Egypt, allowing for the cross-continental exposure of her work, where Egyptians were able to witness and understand the similarities of members of the working class around the world, depicted in Mona’s art. In 2000, Mona El-Bayoumi opened an exhibit entitled Open Minds at the Brazilian Cultural Institute in Washington, D.C., featuring a man’s open brain with a set of utensils or religious symbols within. Her most recent exhibit, The Subliminal Seduction of Spring, illustrates her use of symbols and metaphors as a means of subconsciously conveying a political message. Mona El-Bayoumi’s art is featured in public and private collections world-wide.

Visit www.monaart.com to learn more about her work.