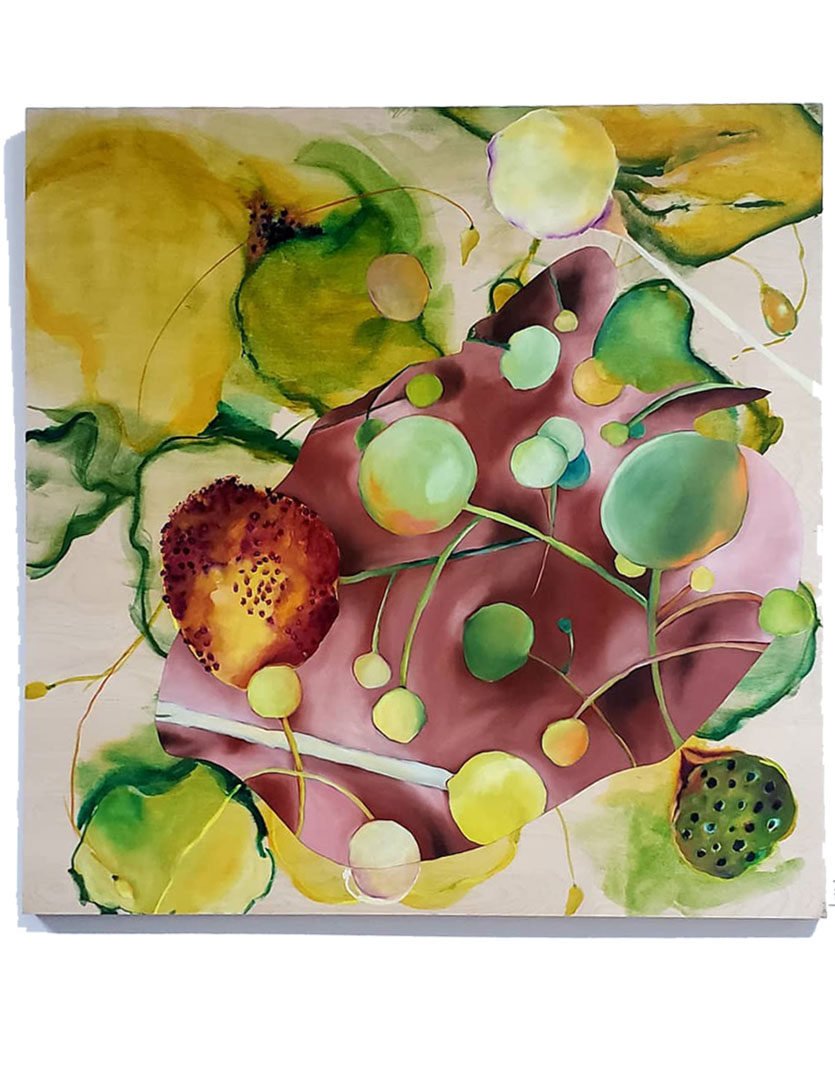 Kristen Hayes, a fifth-generation Washingtonian, is a visual artist, graphic designer, art educator, and a member of Black Artists of DC. She holds a B.A. degree in Graphic Design from Hampton University and an M.F.A. degree from Pratt Institute in Brooklyn. In 2012, she was recognized by the White House as a “Champion of Change” for her work, Color Is Life, a collaborative painting program that promotes the re-energizing of space in academic and all other social environments through the transformative properties of color. Her personal work has been exhibited in major cities, including New York City, Chicago, Washington, DC, and Philadelphia, as well as Panama during an artist residency.

Working as a mixed-media artist, her work primarily deals with the ideas of spiritual ascension and human growth—moving towards spiritual liberation and ultimate enlightenment. The recurring use of circles, light, and elements of nature such as trees, represents energy, or as some call, spirit, which is found in all living things. Through the use of movement, color, and oftentimes an ancient Egyptian principle named Mother Nut, who is considered the “Sky Goddess” in Khemetic or ancient Egyptian terms, she is inviting the viewer to imagine the experiences and origins of spirit in a very physical form.

Visit www.khayesart.com to learn more about her work.